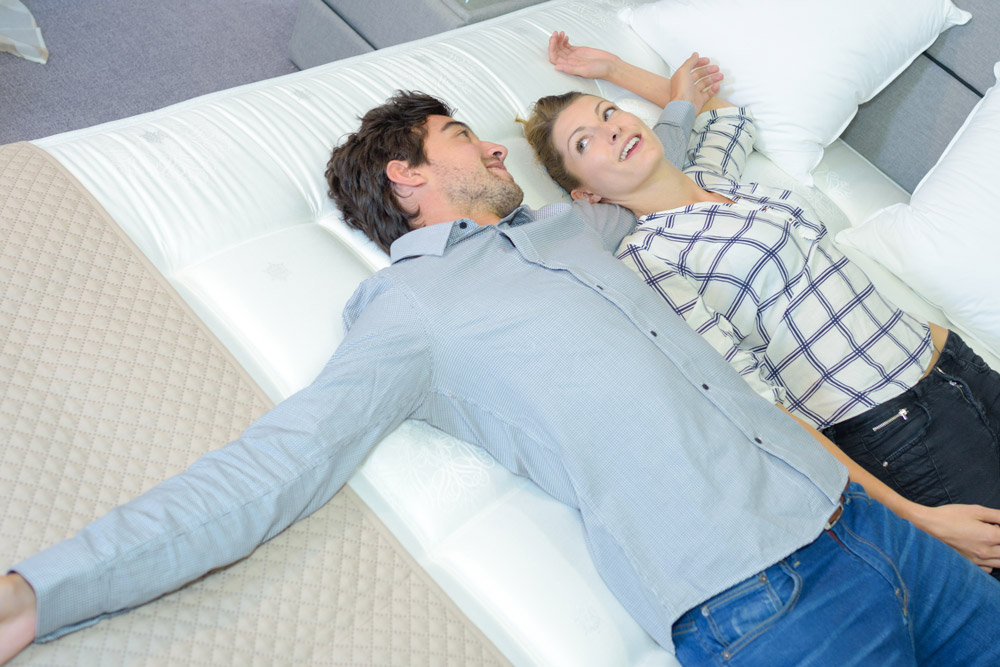 In the late 18th century, as the experts at the Better Sleep Council tell us, a really important advancement was made when it comes to mattresses. Someone finally had the brilliant idea to make a bed that was a complete magnet for bugs and creepy crawly icky things. Not even kings and queens had been able to avoid that with their fancy gold beds.  Nope, it wasn’t until the humble cast iron bed, topped with a cotton mattress came along that one could harbor the hope of sleeping alone.

In 1865, the Confederates surrendered bringing the Civil War to an end and a patent was issued for the coil spring construction.

By the late 1920’s hevea milk (sap from the rubber tree) was formulated into foam rubber. In the 1930s, innerspring mattresses and upholstered foundations were on their way to becoming the most popular type of mattresses in the country.  Futons came along in the 1940s.  Waterbeds first made a splash in the ‘ 70’s and reached peak popularity in the 80’s. In the ‘90s, airbeds were the new thing.

In the 1990s, mattress shoppers were looking for room to stretch out. Up until then, full mattresses had always been the best-seller. It wasn’t until 1999 that queen-sized mattresses took over the number one spot. Queens also began gaining popularity in the 80’s and are the most purchased mattress for two people.

Shoppers today have a mind-boggling array of mattresses to choose from. If you’re shopping for mattresses in Atlanta and you need help narrowing down the selection, stop by one of Natural Sleep Mattress & Organic Bedding locations. We’ll introduce you to luxury natural mattresses.  Wait ‘til you discover how good a Hastens or natural latex mattress feels!

How to Protect Your Mattress

SEEING YOUR MATTRESS PURCHASE AS AN INVESTMENT IN YOUR HEALTH